United States of America's Veterans are not to be used, then abused by turning our backs on them! - www.Houseless.org


United States of America's Veterans are not to be used, then abused by turning our backs on them! 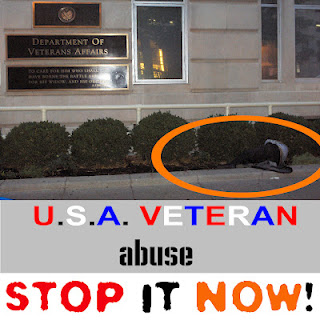 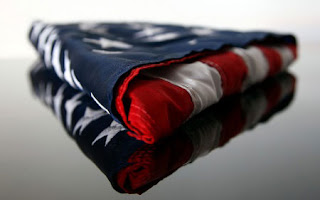 Follow more about U.S.A. Veterans and U.S.A. citizens finding it harder and harder to not stay off the streets due to their work being given to those who are not U.S.A. citizens: 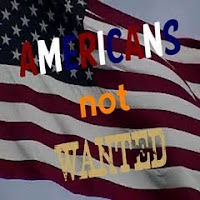 CHULA VISTA, Calif. (AP) — Arthur Lute's arduous journey from his days as a U.S. Marine to his nights sleeping on the streets illustrates the challenge for the Obama administration to fulfill its promise to end homelessness among veterans by 2015.

Lute has post-traumatic stress disorder from the 1983 bombing of the Marine barracks in Lebanon. He spent years drifting through jobs, two years in prison for assault, then 15 months sleeping in the bushes outside the police department of this city south of San Diego.

Today, he lives in a $1,235 a month, two-bedroom apartment in a working-class neighborhood. The federal government pays nearly 80 percent of the rent and mostly covers the cost of medicines for his depression, high blood pressure, and other health problems. State-funded programs pay for doctor's appointments for his 6-month-old son and therapy for his wife, who he said is bipolar.

Lute receives a Social Security check and food stamps. A Department of Veterans Affairs case manager communicates with him regularly and helps avert crises, like when Lute's electric bill jumped in an August heat wave and he couldn't afford diapers.

A county program provided the crib. The American Legion donated cooking utensils, dishes and other basics.

An upcoming report is expected to show the number of homeless veterans has dropped by at least 15,000 since 2009, Secretary of Veterans Affairs Eric Shinseki says, and the drop is the result of an aggressive two-pronged strategy to not only take veterans off the street but also prevent new ones from ending up there.

But Shinseki made a bold promise in 2009: The administration would end homelessness among veterans by 2015. The former four-star general says now they're "on target" to meet the goal.
Officials and outside experts said it would take:

—More than doubling of the current, record annual progress.

—More improvements and long-term commitment to programs aimed at the root issues that land people on the streets — mental illness, drug and alcohol addiction, unemployment, poverty.

"It's baloney to say it will end in 2015," said Bob McElroy of the Alpha Project, which has helped the homeless in San Diego for decades. "This needs to be a priority for decades to come."

Others are keeping their fingers crossed.

"It can happen," said Steve Berg of the National Alliance to End Homelessness. He believes the effort on veterans could "lead the way" in showing what can be done about overall homelessness, which is more prevalent since the 1970s because of the loss of affordable housing, changes in mental hospital admissions and the decriminalization of crimes such as public drunkenness and vagrancy.

Of the country's 22 million veterans, an estimated 75,609 were homeless in 2009 when Shinseki announced the campaign. Veterans make up 14 percent of the U.S. homeless population.

"I learned long ago that there are never any absolutes in life, and a goal of zero homeless veterans sure sounds like an absolute," Shinseki said in a November 2009 speech announcing the effort. "But unless we set ambitious targets for ourselves, we would not be giving this our very best efforts."

Rare bipartisanship in Washington is part of the reason. Political consensus among lawmakers and in the administration to do everything possible for troops and veterans has meant a huge increase in the budget for VA health care and other services to the homeless, from $3.6 billion in the 2010 budget year to the proposed $5.8 billion for 2013.

"We can all agree that money spent in that effort has been money well spent," said GOP Rep. Jeff Miller of Florida, chairman of the House Committee on Veterans' Affairs.

The VA spent $9.5 billion in the 2011 and 2012 budget years and is proposing to spend another $11.9 billion in the next two years — meaning the overall cost would be $21.5 billion by September 2014.
Congress also has consistently raised annual budgets for VA's main partner in the homeless effort, the Department of Housing and Urban Development. HUD has sent $350 million for vouchers out to housing authorities across the U.S. who have used the assistance to help house 42,000 veterans since 2008.

Advocates for the homeless also cite programs that they say finally recognize the fact that not all homeless are the same. Chronic cases and those with severe problems need substantial and longer assistance, while others need temporary, emergency help.

Programs also have dropped the requirement that veterans must be sober or on their medications before receiving housing. Susan Angell, who oversees VA's homeless efforts, says having a safe and stable place to live improves veterans' ability to participate in treatment programs and other efforts intended to address the root causes of their problems such as substance abuse or mental illness.
Officials also now have what many believe is a more credible count of the homeless population — a census taken on the same night every January. Experts praise the government improvements in streamlining programs through thousands of local housing authorities, churches, businesses and other partners.

Gary Shaheen of the Institute for Veterans and Military Families at Syracuse University is optimistic.
"If unemployment dropped by 2 percentage points, we'd all be crowing about that," he said. "Is there dramatic change? I think there is. Is it sufficient? No. I think that we're laying the groundwork."
Mental health issues may be the biggest challenge to the government's effort, according to veterans' organizations. The VA has struggled to keep up with mental health care demands for the overall veteran population due to insufficient staffing and other problems.

"If VA doesn't take a critical look at and correct the serious problems ... most notably, its mental health access issues and rising (disability) claims backlog, we will end up right back where we started," Miller said.

Veterans such as 50-year-old Lute, who served in peacetime after Vietnam and before the 1991 Gulf War, make up a disproportionate number of those in VA homeless programs, according to Congressional Research Service report from February.

Many had problems before going into the military. Lute was physically abused as a child and suffers from depression as well as service-related PTSD.

Another concern is what will happen if needs increase. Roughly 180,000 people leave the military every year; and that number will increase because the Pentagon plans to shrink by 100,000 troops over the next several years now that the war in Iraq is over and the drawdown in Afghanistan has started.

Though few Iraq and Afghanistan vets have showed up at homeless shelters so far, experts worry that homelessness among them may increase later.

"We saw a lot of problems for the guys and gals from the Vietnam war didn't (emerge) for decades," McElroy of Alpha Project said.

The VA hopes its new prevention programs will address that. One started last year has so far helped 32,000 families of veterans who were identified as vulnerable to becoming homeless. The program provides money for child care, rent or utilities to keep them in their homes when hard times hit.
Lute's family moved into the two-bedroom apartment last month after a successful year in their first apartment — a one-bedroom. Visits from social workers will decrease if he continues to take good care of his son Evan.

A 280-pound man with a tattooed neck, he regularly takes Evan to a park, near where he used to sleep at night. He says he's determined to give him the happy childhood he never had.

"I don't know the answers. I've been in homeless shelters, through VA programs, PTSD support groups, etc., but I think it's up to the person," said Lute, as his giggling son rolled on the living room carpet. "I will try everything I can to not become that way because of him. Now I'm not on the streets because there's more in my life to lose."
___
Jelinek reported from Washington.