Every year, the streets give up those no longer able to endure the hardships associated with what many class as a no longer useful member of society.
We are human, just to remind you.
We all have faults, don't you?
YES! 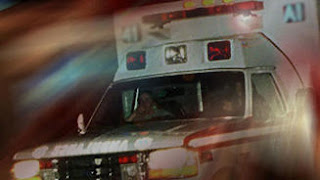 A homeless man is the third person in Cook County to die of cold exposure since November, according to an autopsy conducted Saturday afternoon.

Casimir Widarz died while lying on the ground in the 4300 block of South Ashland Avenue on the South Side on Friday, according to the Cook County Medical Examiner’s office. The primary cause of death for Widarz was heart disease with cold exposure listed as a factor, the autopsy determined.

Widarz, who is believed to be in 60s, is the second homeless man to die from cold exposure this season in Cook County. Thomas Grubb, 41, died from hypothermia and cold exposure on Dec. 9, according to county records. Grubb, a registered sex offender who was living on the street, was found dead near a University of Illinois at Chicago student center, the medical examiner’s office said.

Florence Hawkins, 83, was the first confirmed cold-related death of the season.She was found dead at her home in the 8200 block of South Chappel Avenue on Nov. 27, the medical examiner’s office said.