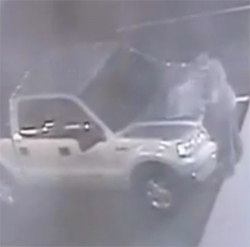 "The Houseless" are often regarded as not such good citizens, but wait till you watch the video of this "Houseless" man in El Paso, Texas who cared enough to do what some who have a place to live, would not.
The man who showed respect for the United States of America's flag was Gustus Bozarth.
His patriotism occurred outside about the property of Meti Corporation.
If you care about the United States of America and for all of those who have served under and/or stood up for the U.S.A. flag, then this may just bring tears to your eyes.
It is not known if this patriot is a Veteran, yet you can tell from his care that he holds respect for those who have served.
See fellow U.S.A. citizens and humans, how about everyone stop the discriminating, defaming and/or derogatory thoughts of those who fall victim of being "The Houseless".
WELL?