Scripture's take on "The Houseless":

7 If there be among you a
poor man of one of thy
brethren within any of thy
gates in thy land which the
LORD thy God giveth thee,
thou shalt not harden thine
heart, nor shut thine hand
from thy poor brother:

8 But thou shalt open thine
hand wide unto him, and
shalt surely lend him
sufficient for his need, [in
that] which he wanteth.


ישעיהו
Yeshayahu (Isaiah) 58: 6-7
6 [Is] not this the fast that I
have chosen? to loose the
bands of wickedness, to
undo the heavy burdens,
and to let the oppressed go
free, and that ye break every
yoke?

7 [Is it] not to deal thy bread
to the hungry, and that thou
bring the poor that are cast
out to thy house? when thou
seest the naked, that thou
cover him; and that thou
hide not thyself from thine
own flesh?


מָשָׁל
Mishlei (Proverbs) 27:27
He that giveth unto the
poor shall not lack: but he
that hideth his eyes shall
have many a curse.

With absolutely no disrespect intended, I say this unto you:
This "Houseless" human would rather not to ever have an event to remember those who died due to others own unwillingness to be righteous under our Creators' Laws.
Right?

If humans were righteous under his Laws, then there would not be a day to memorialize those who have died due to not having a safe, habitable and clean place to reside.
Right?

Each year since 1990, on or near the first day of winter and the longest night of the year, the National Coalition for the Homeless (NCH) has sponsored National Homeless Persons’ Memorial Day to bring attention to the tragedy of homelessness and to remember our homeless friends who have paid the ultimate price for our nation’s failure to end homelessness. Beginning in 2005, the National Health Care for the Homeless Council joined as a co-sponsor of this meaningful event. In an effort to maximize the impact of the day, we encourage local and statewide organizations to hold memorials for those who have died homeless in their communities. In 2006, more than sixty cities conducted Memorial Day events on or arohttp://www.blogger.com/blogger.g?blogID=5185315364553105944#editor/target=post;postID=1912976283225334347und December 21st. (NCH) 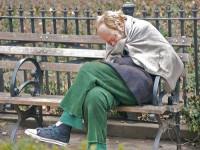 The date December 21 has meanings both ancient and new. Communities in every era have paused in awareness of waning daylight and the promise of the sun’s return; in our era, some will pause to look for assurance that the world keeps turning. It is appropriate that National Homeless Persons’ Memorial Day is December 21. For people living on the street, the darkest day of the calendar is especially dark; for a person to die on the street is an ending that should be unthinkable. Homeless advocates, today, will pause to honor the neighbors and fellow citizens who passed away in 2012 without a home.

On the Alliance blog today, we will pause from studying homeless populations, from reporting on aggregate signs of progress in ending homelessness. With communities across the country, we pause in remembrance of each person who died on the street without a home. Each person had a name, a story, hopes and dreams, and human needs that went unmet. Each person experienced isolation but nonetheless was born of a family somewhere, and likely still belonged in some way to a family – of origin or of affiliation. Each person is missed, each should remind us of social and political failures we are left behind to overcome.
And then, when we turn back to our larger goals of ending homelessness entirely, we carry this remembrance. We renew the commitment to reducing vulnerability of homelessness, as well as vulnerability to homelessness. As a member of a community of advocates, we speak for proven solutions – Housing First above all, then access to supports, family intervention for youth, treatments, and paths to independence.

Living and dying on the street need not be part of the human experience.

December 21, 2012
Co-Sponsored by the National Coalition for the Homeless, National Consumer Advisory Board, and the National Health Care for the Homeless Council (NHCHC)
Thank you to everyone who commmorated 2011's Homeless Persons' Memorial Day! Thousands of you remembered your friends, family members, and neighbors who passed away while homeless in the past year. At least 157 cities in 40 states and the District of Columbia took part.
See this list of local cities taking part, or let us know if your event is not listed.
Each year since 1990, on or near the first day of winter and the longest night of the year, National Coalition for the Homeless (NCH), National Consumer Advisory Board (NCAB), and the National Health Care for the Homeless Council (NHCHC) has co-sponsored National Homeless Persons' Memorial Day to bring attention to the tragedy of homelessness and to remember our homeless friends who have paid the ultimate price for our nation's failure to end homelessness.
In an effort to maximize the impact of the day, NCH, NCAB, and NHCHC have encouraged local and statewide organizations to hold memorials of their own.  Last year, more than 152 cities across the nation sponsored events to honor those who had died and to recommit to the task of ending homelessness.
This year, once again, we are encouraging groups to plan a special event on or around December 21, 2012.  Some groups may decide to hold their event a day or so before the date.
Want to know how to host a Memorial Day event?
View our organizing manual or Contact us
Here are some ways you and your community can support the National Homeless Persons’ Memorial Day:

People who are homeless are at greater risk of infectious and chronic illness, poor mental health, and substance abuse, as well as being victims of violence, compared to the general population. In addition, the mortality rate for those experiencing chronic homelessness is four to nine times higher than for the general population. In one literature review, the life expectancy for people who are homeless was reported to be approximately 45 years.1

to remember those who have died while homeless.

The lack of stable housing and access to supportive services are at the core of homelessness. The challenges that precipitate and often worsen during the course of homelessness can affect anyone. 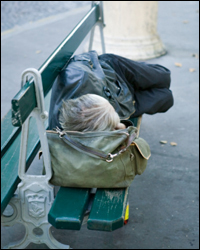 Addressing the public health needs of the homeless population requires collaborative and integrated efforts with partners and communities. Federal agencies are working to identify ways we can improve

the lives of people affected by homelessness.  CDC contributes by working to improve the spectrum of factors and environments that determine available choices for healthy living for everyone. There is much that we can do to improve the health of homeless individuals and families.

On December 21, 2012, take a moment to reflect and join others as they remember those who have lost their lives while they were homeless. We hope you will take time to learn more about this public health concern. Please check out the links below for more information.

National Organizations for the Homeless

City Council Dedicates December 21 Homeless Persons’ Memorial Day
Published on December 14, 2012
In its final meeting of the year, the Baltimore City Council voted unanimously to dedicate December 21 as Homeless Persons’ Memorial Day in Baltimore.  The resolution, introduced by the Council President and co-sponsored by the full Council, notes that “it is clear that homelessness in Baltimore is on the rise as we approach the halfway point of the City’s 10-Year Plan to End Homelessness.”

“On December 21 – the first day of winter and the longest night of the year – Baltimore City will join communities across the country to bring attention to the struggle of people experiencing homelessness, to mourn the passing of our neighbors who, in life lacked stable housing, and to rededicate ourselves to ending the conditions that create homelessness,” said Baltimore City Council President Jack Young.

“Life on the streets quickly can turn to death on the streets, said Kevin Lindamood, President & CEO of Health Care for the Homeless, Inc., who addressed the Council.  “Only by putting an end to homelessness itself can we stop the untimely deaths of our homeless neighbors.  We welcome the resolution of our elected officials to work for a future without homelessness.”

The public memorial service will be held, beginning at 5pm with music, luminary lighting, and a period of quiet reflection, on December 21 at Baltimore’s Inner Harbor’s Amphitheater (the corner of Pratt and Light Streets) to remember those who died homeless in 2012.  The program will begin at 5:30pm.  The service is organized by members of SHARP, a coalition of homeless service providers and advocates working to Stop Homelessness And Reduce Poverty.

The City Council’s resolution is available at http://legistar.baltimorecitycouncil.com/detailreport/Reports/Temp/1272012105344.pdf.

For additional information on Baltimore City’s commemoration of Homeless Persons’ Memorial Day or to report the names of individuals who have died homeless, please contact us at memorialday@hchmd.org.


& from about the
District of Columbia:

Event Details: Those who died homeless are remembered on the first day of winter each year in over 100 cities nationwide. The event has been attended by HUD (U.S. Dept. of Housing and Urban Development) Secretary Shaun Donovan as well as other federal and city officials (all of whom are invited this year as well). The vigil will be followed by a meal.