Being Homeless Shouldn't Be Fatal - www.Houseless.org 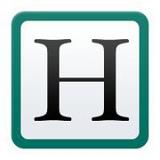 Being Homeless Shouldn't Be Fatal

This headline immediately filled me with foreboding: "Homeless youth who died included four 17-year-olds." Now what, I thought? What horrible event had stolen away more of the young people we try to save, every day, in our shelters?

But it wasn't an event. It was daily attrition, evidence behind the figure advocates for homeless youth use all the time: 5,000 homeless young people die each year, from assault, illness and suicide. That's more than 13 kids every day.

The headline, of an article in the Spokesman-Review in Washington State, mainly served to clarify earlier statistics from the Community Health Association of Spokane, which had reported six homeless children had died last year in the area including Spokane.

The article, perhaps seeking to calm readers, explained that no, it wasn't six dead children, it was four dead 17-year-olds and two others between 18 and 20. No one knows the origin of the "six homeless children" figure, mentioned in the paper's announcement of a memorial service on the first day of winter for the 30 people who died in the area while homeless.

The death of any young person is -- by definition -- tragic; no matter if he or she was over or under 18. Last week I attended the funeral of a young man I've known most of his life, who died unexpectedly in his sleep at the age of 21 a few days after Christmas, and it just broke my heart. The church was packed with hundreds of family and friends, and I couldn't help but think how different that was from the funerals for homeless youth I have attended over the past 20 years. Those services are usually without any birth family present, and only a sprinkling a friends outside Covenant House.

The death of a homeless youth always leads me to look inward and think of what might have been, how strong and energetic that life could have been given the right circumstances. These deaths in Spokane immediately made me think of the loss of life two years ago this season, when eight young people died after the abandoned warehouse they were squatting in caught fire in New Orleans. All they needed was a warm and safe place to sleep, and they'd be alive, following their dreams, today.

Spokane, with a population of 210,000, is the only 102nd largest city in the nation, yet it lost half a dozen young people on its streets. Think of how many die each year in larger and smaller towns. Think of how many we never know about, because they are never found, or aren't counted.

We know how to stem the tide of youth homelessness. Nothing less than the lives of young people are at stake. Please join us in the fight for fewer funerals.