Remember, becoming "The Houseless" can happen to anyone, anywhere and at any time!

Will the community or better yet, the churches come to "The Houseless" aid?

It was on FOX 7 where you first saw the story of a senior citizen, whose home was smashed in by a car this weekend. Well now because of that incident that woman could soon be homeless.

When FOX 7 first showed up Sunday to Bertha Haywood's east Austin rental home she was in good spirits just hours after a car crashed through her wall. No one was injured inside, but the driver got away.

Haywood says her landlord put her up in a hotel nearby, but after two days the hotel room she is staying in will no longer be paid for.

"My landlord called me about I'd say three hours ago and told me that she couldn't do anything about my staying anywhere else," said Haywood, "She said now I have to fend for myself."

Haywood says she has to be out of the hotel by noon Wednesday. We were unable to reach her landlord for comment.

If you have any information about the driver who crashed into her rent home contact Austin Police.

And another unrelated incident via 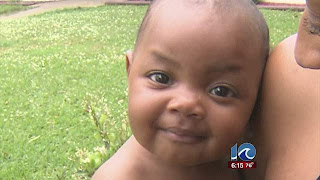 PORTSMOUTH, Va. (WAVY) - A car crashed into Stacey Davis’ apartment Monday, and now her family is not getting the help they need.

The crash left a hole not just in her home, but in her family’s lives.

“I just don't understand how there's nothing no one can do,” said Davis. “There's a hole in my bedroom wall.”

Davis is a single mom with nine-month-old twins and a five year old. In the days since the crash, she has tried all she can think of to find them a new place to live.

“I've tried social services, which referred me to public housing, which informed me there's a waiting list,” Davis said. “I've tried the insurance agency, there’s nothing they can do. I've tried the Red Cross.

Davis’ landlord did offer her a temporary place in Norfolk, but she has no car. Her life is in Portsmouth.

The Red Cross can't help Davis because technically she has a place where she can stay. But Davis isn’t asking for a hand-out, just a hand to help her up.

“Has anybody been in this situation before? What would you do if you were me?”, she said.

No one can tell Davis how long it will take to fix the hole in her home, but for the sake of her kids she can't wait much longer to fill the hole in their lives.

The Red Cross does not provide transportation, but said it will make a referral to Davis of another organization that might be able to help.